A downloadable game for Windows

Are you tired of RPGs with linear story? Why do you have one if you can have three? Alexis Arc: Heroes of the Three Kingdoms is a JRPG with three-sided story. The player can choose whichever path they wish to take.

It has been five years after demons invade the land of Eldeamor. To make things worse, the three kingdoms in the land: Auria in the northeast, Callista in the south, and Deminia in the northwest are having inner conflicts with each others. Even though they are related by blood, they have to make difficult decision on who they should help. Who will they choose? They have to save each others while not knowing the mysterious force at the bottom of the land's river...

Analog for direction, Z for action button, and X for cancel/back button. Please note that when you start the battle and there're stars next to characters, they're required for the upcoming battle. It is also recommended to run and then close the game once you reach the title screen the first time you play for the day to avoid lags.

HP - Health Points. If this stat ever reaches 0, The character dies.

AP - Action Points. It acts like the MP for many RPGs. If it reaches 0, you can't use arts.

ATK - Attack. Your physical damage power. Raising it is important for physical powerhouses.

INT -Intelligence.  Your magical damage power. It also increases healing potency. A definite must for magicians and healers.

AGI - Agility. It raises your action speed for quicker actions, TEC, and EVA. Important for speedsters and inaccurate attackers.

TEC - Technique. It's the Hit rate of the game. 90% is the base value and every point of AGI raises TEC by 1%. It only matters for physical attacks since magical arts always hit.

CEV - Critical Evasion. Reduces the chance of getting critical hit. Every point of LUK raises CEV by 1%.

If you want better guide, check the wiki I've written:

This game is developed by AlphaDio Production, Indonesia which is run by one person, AlphaIsTimZ. The game was finished on 25 December 2019.

The game sometimes throws random errors for no reason, especially if you play too quickly. This is false alarm and there's no such bug. So be sure to save often and try to play slowly so that you can restart the game in case it happens without too much loss.

01/03/2020 The mac version is revoked for now since I cannot make it work without a Mac laptop/PC.

If you have questions or some place to discuss about the game, and any future games the studio may release in the future, please join me in Discord.

In order to download this game you must purchase it at or above the minimum price of $10 USD. You will get access to the following files: 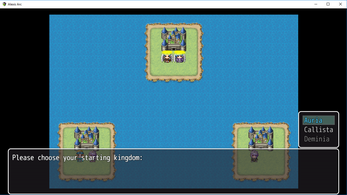 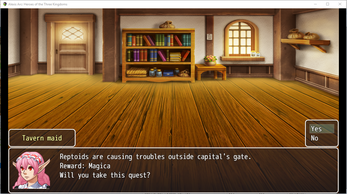 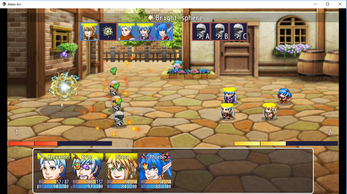 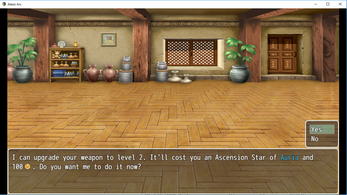